Jurassic World: The Game Wiki
Register
Don't have an account?
Sign In
Advertisement
in: Stubs, Carnivores, Hybrids,
and 2 more

Indominus rex Gen 2 is very expensive, and it will take a lot of time to build it up to level 40. If you are struggling to get better carnivores, there are far better options than Indominus rex Gen 2. It is more of a bargain creature than a viable battler in the late game.

In battles, it not is recommended to take on creatures that it could easily defeat it in 2-3 hits. Be careful of heavy hitting amphibians, as they can wipe it out in just a few blows. It has a fairly good matchup against tanky carnivores like Yudon and it is incredibly powerful against tanky herbivores. 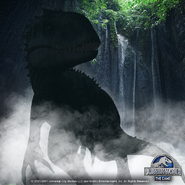 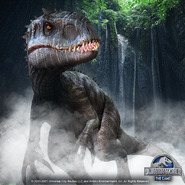