Velociraptor is a genus of dromaeosaurid theropod dinosaurs that lived during the latter part of the Cretaceous Period about 75 to 71 million years ago. Two species are currently recognized, though others have been assigned in the past. V. mongoliensis is the type species; fossils of this species were found in Mongolia. A second species, V. osmolskae, was named from Inner Mongolia, China in 2008 for the skull material.[1]

Velociraptor is a solid mid-tier battler, having the highest attack of all Super Rare Carnivores that can be obtained normally. Velociraptor Gen 2 is better but is harder to obtain. Velociraptor's ability to be fused into Indominus rex makes it relevant for the entire game.

Velociraptor in the paddock 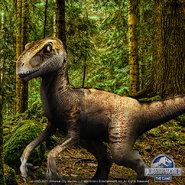 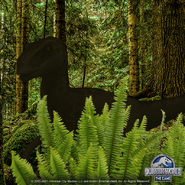